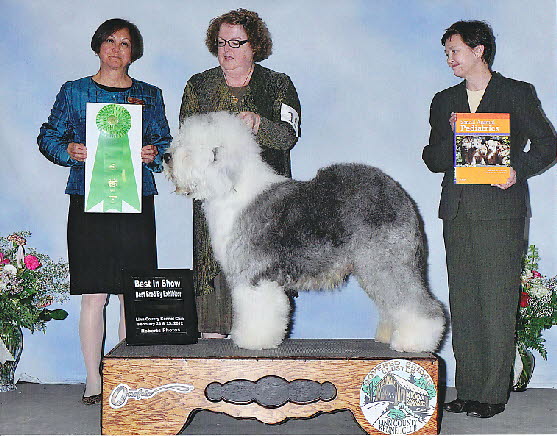 We are so excited about Indy. We sold him to Lydia and Roger and decided we would show some of our other dogs first, and let Indy grow up.

We went over to their home in May, 2011, knowing Indy was a mature dog. We had not seen him for awhile, and did not know what to expect. We are so pleased with him! He is the kind of dog we dream about - fabulous breed type, and sound movement. His head and bone are very impressive, to say the last.

Lydia had just had Indy shaved. Indy finished his championship so quickly, his clipped coat did not even have a chance to grow out! I couldn’t resist putting up a couple of Indy’s baby pictures. He is such a cutie!

Indy took WD/BOW and a 5 point major at the OESCGS January Specialty show. In February, he went Best In Show - Bred By Exhibitor at the Linn County Kennel Club show. Indy finished his championship at the Seattle Kennel Club, after only 2 months of showing. 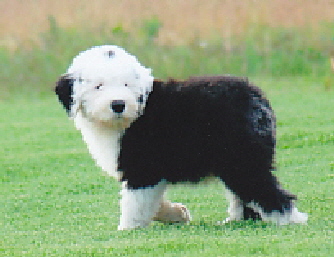 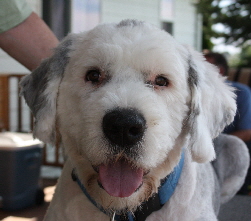 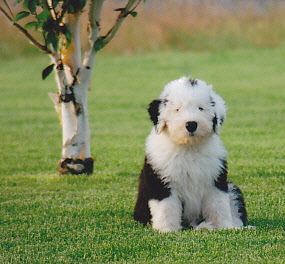 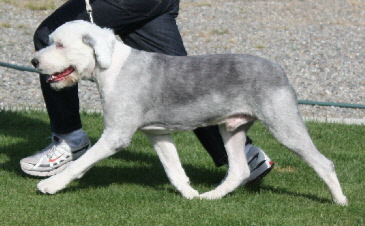