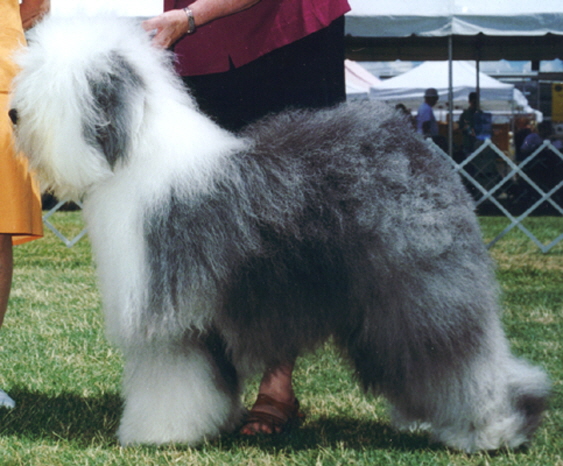 Ch SnowDowne Time Is On My Side
Owners: Colleen Allen Grady, Cliff Schmidt and Grace Leong

Jagger is a full littermate to Graham, Chloe and Ice.  He exemplifies the beautiful movement of the Brightcut line.  We love his typical Brightcut angulation, with corresponding balanced, correct movement.

Jagger is a city boy – he lives in downtown Seattle near the waterfront with his owners, Grace and Cliff. 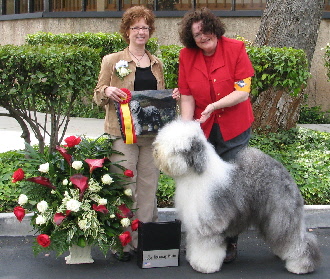 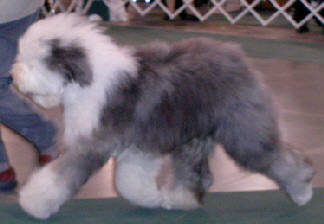 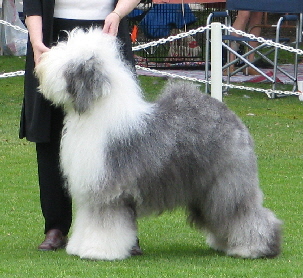 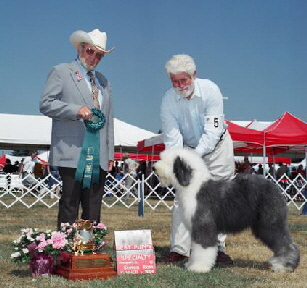 proportions with a nice length of neck. As a young dog, Jagger showed his balanced movement, and won Best Puppy at the OESCGS 2004 Specialty - bottom left and right.