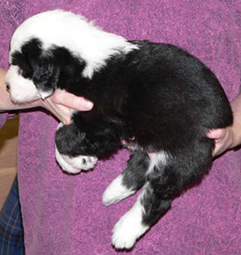 Meet Flash. As you can see from the picture - he is a “melt in your arms” kind of guy.

This little girl is named Uno, as she was the first one born. She is VERY sweet and gentle. 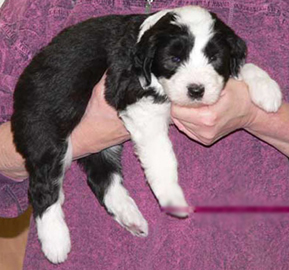 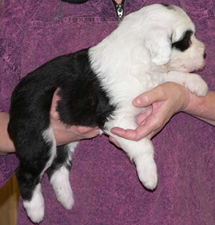 This little guy is named Dotson, because he is Dottie’s son and he has a little dot on the top of his head! He will be going to live in Eastern Washington with his new owner Heidi.

This girl is named SnowDowne Sweet Charity. She is a real chunky puppy. 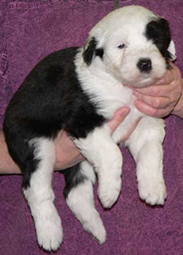 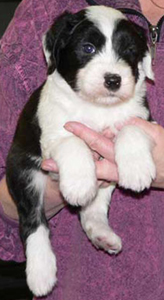 This boy has gone to his new home in Texas. He is a sweetie pie. We call him Picasso due to his striking markings. 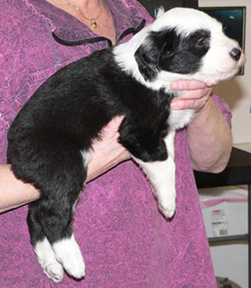 SnowDowne Sweet Success
He is now lives with his new owners in Oregon. Watch for him in the show ring when he grows up. 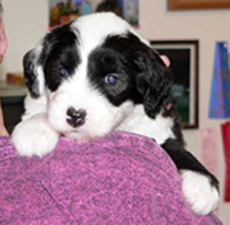 This girl has gone to her new home with the Blake family in Alaska.

Her temperament is very soft and sweet and she is a big cuddle.

We are proud to be sending Dolce to Monica Rigoldi in Italy.

He is going to be a show dog, which is why he still has his tail. Show dogs must have tails in Italy. 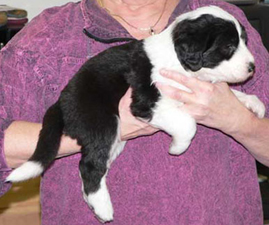